Does hyaluronic acid cause side-effects? 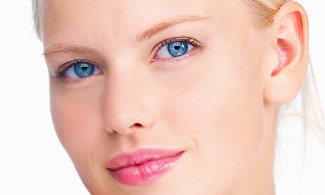 Hyaluronic acid is a hydrogel, a viscous substance mostly consisting of water, which has the principle effect of providing volume. With an injection of room volume hyaluronic acid, the injected area gains volume (is augmented), such as with a lip augmentation for example.

The viscosity and consistency of hyaluronic acid-based gel widely varies, so depending on the area to be treated, the appropriate (dermal) filler can be used. This water binding capability is achieved by the osmotic properties of hyaluronan, which is a sugar. Hyaluronic acid is initially unstable, therefore it is interlinked or stabilized in other words prior to use, so that the body’s enzyme hyaluronidase cannot break it down.

Side-effects of a hyaluronic acid treatment are mechanical in nature and can be reversed.

The mechanical volume filling effect of a hyaluronic acid-based gel can press tissue layers apart and/or together, possibly compressing thin blood vessels and compromising venous lymph or blood flow. In addition, the osmotic properties of hyaluronic acid can eventually lead to a shift of fluids during the break down of hematoma. This is dependent on the concentration of hyaluronic acid and the trauma caused.
The swelling after a hyaluronic acid treatment, of the nasolabial fold for example, usually does not lie directly under the fold but next to it, leading the patient to believe the gel was placed incorrectly. This impression of wrongly injected filler is partly due to shifting geometry. The deepest part of the nasolabial fold lays at a different and deeper place after treatment. This occurrence could also be seen as a side-effect.

It generally takes 10 to 14 days until all tissue fluid can flow again unimpeded. Bear in mind, most swellings are only noticeable to the patient and not so by others. If you wish to have treatment prior to a special event, a wedding for example, we suggest you plan your appointment three weeks prior thereto. Undesired side-effects should have subsided by then.

The general volumizing of a certain area can have a tissue shifting effect to a neighboring area. This purely mechanical, and often unexpected chain-reaction can leave the impression of a swelling after treatment. It is important to inform the patient prior to treatment that hyaluronic acid can improve one area but have a possible subjectively negative effect to a neighboring area.

A mechanical filler, in this case hyaluronic acid, can be injected under the skin. The accumulation of a filler gel is often called a lump or bulge. In combination with the mechanical welt that could occur, a resulting lump may be temporarily visible for a few hours. However, in most cases after 24 hours such lumps can only be felt but no longer seen. Until the swelling has receded after 14 days, one must differentiate between filler and water retention (see above). Note: freshly injected hyaluronic acid-based filler feels rubbery, while water retention is hard in comparison.

Bulges and strands are linearly arranged lumps which should take on a harmonious form between 10 and 14 days and no longer be considered unpleasant. Visible strands or bulges along the nasolabial fold is usually an indication that the gel implantation was too superficial.

A build up of nodules, which can be felt for a long time after treatment, are encapsulated accumulation of filler. The content of such granuloma is considered a foreign substance by the body and is then encapsulated. If such granuloma is actually a hyaluronic acid granuloma, this can be well treated by opening the capsule with an enzyme.

To reduce the side-effects caused by a hyaluronic acid-based gel treatment or tissue augmentation to a minimum, it is important to proceed atraumaticly to minimize bleeding and injury. Should a hematoma (bruise) occur, the time until it disappears is strongly related to the amount of bleeding (size of the bruise). Bruises generally resorb anywhere between 3 and 20 days.

An atraumatic approach enables the injection to be done with a dull cannula (Pix’L®), softly pushing the tissue aside and not puncturing it. Also, an anterograde injection technique, meaning a volume injection advancing the cannula, carries a much lower risk of injury. A quick and experienced wrinkle injection and the subsequent compression of the treated area without directly cooling or massaging it, keeps hematoma and bruising at bay.

Red and white discoloration should disappear within three hours after treatment. Longer lasting blue discoloration of the skin (livid) should be treated by our doctors immediately. Bluish translucent hyaluronic acid (blue-lines) can sometimes appear after treatment. Careful injection technique reduces the risk of superficial hyaluronic acid-based gel from raising to the surface. To avoid blue lines or blue discoloration, several deep wrinkle treatments with intervals of several weeks is preferable to one large volume treatment. The phenomenon of bluish translucence by a colorless material is called the Tyndall effekt. Such discoloration can usually be reversed by our experienced physicians.

Hyaluronic acid is an important element of human tissue. The hyaluronic acid used by our physicians is similar in structure to that of the human body because the chemical makeup is identical for all living beings. Therefore, an allergy is virtually impossible. However, abnormal swelling may not occur after the first treatment, but possibly surprisingly strong after a second treatment. This could be the result of an antigen-antibody reaction which we suggest treating with cortisone.